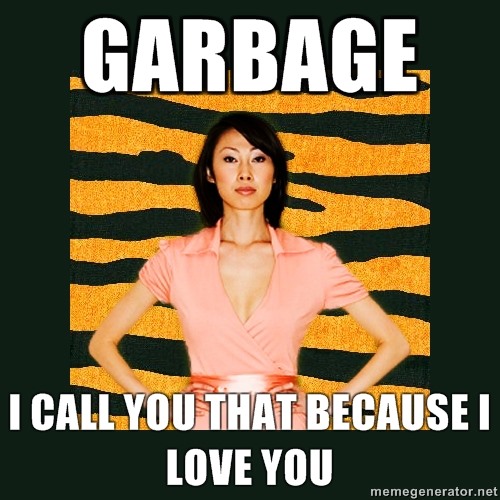 Amy Chua didn't realize what she unleashed when the Wall Street Journal published a string of excerpts from her book, Battle Hymn of the Tiger Mother, and titled it "Why Chinese Mothers Are Superior". The article sparked a lot of interest and anger, and much debate - about whether Chinese mothers actually are superior to American ones, if there's a "Chinese way" to parent, if maybe she's actually traumatizing her kids with her methods, and whether she herself is a good mom or not.

Most people never read the book, so they don't know that the much-debated article is only part of the story. The book is a memoir that actually details how Chua's obsessiveness with her younger daughter's music education leads to a rift in her relationship, and forces her to re-evaluate.

Whenever I mention that I've read the book, people want to know two things. 1. Was it any good? 2. Are Amy Chua's methods actually authentic, and/or superior?

Truthfully, the book was simultaneously irritating and compelling. I kept flipping through the pages in disbelief, but I wanted to keep reading to see what Chua's breaking point was. There are several incidents in the book that became infamous - calling her daughter "garbage", rejecting birthday cards her kids made for her, and locking her three year old outside in the cold for being disobedient and not playing the piano properly. Chua has made the rounds on interviews, backtracking on some of these incidents, saying some of them were family jokes, or being misunderstood by the mainstream press. She also defended the memoir partially as satire, which makes the book itself difficult to evaluate. I spent a lot of time wondering - is she for real? Is she kidding? And what is she satirizing anyway?

There seems to be little introspection in the memoir - there's no analysis of why it's so important to her that her kids be prodigies on the piano or violin, other than the fact that it elevates their social status. So much of the book seems to come off as bragging - she recites in detail the elaborate parties she throws for them, one of which included a "Peking duck station" - that it's hard to connect with her, let alone like her.

Frankly, Chua got off easy with her teenagers. They barely rebel at all, and yet that's enough to cause a rift with them? The younger, Lulu, chops off her hair in defiance, and yells at her in front of other people. Neither of them do drugs, they don't party, and both get straight A's in school, and they seem to be well-liked by everyone.

As a Chinese-American myself, I find myself baffled by her "parenting". Growing up, I didn't know anyone who spent that much time on their instruments and who still got straight A's. My parents didn't have the time, money or education to push me the way Chua pushed her kids. A lot of the parenting methods she describes seems to be her own neuroses taking over - at one point, even her parents advise her that she should back off, or risk damaging her relationships. So...no, her methods aren't actually authentic or superior. Even if her daughter did get accepted into both Harvard and Yale.

Want to master Microsoft Excel and take your work-from-home job prospects to the next level? Jump-start your career with our Premium A-to-Z Microsoft Excel Training Bundle from the new Gadget Hacks Shop and get lifetime access to more than 40 hours of Basic to Advanced instruction on functions, formula, tools, and more.

Other worthwhile deals to check out:

Join the Next Reality AR Community

Get the latest in AR — delivered straight to your inbox.